An elite beat agent, one of the Chosen of Serenity

As a self-professed pacifist, Adamant Rhythm Guardian avoids physical combat whenever possible. Fortunately, he is aided in his efforts by his study of the Border of Kaleidoscopic Logic Style of Sidereal martial arts. This exceptionally difficult style is usually an extraordinarily cruel and vindictive form of combat, but Guardian uses it instead to warp probabilities and identities in order to avoid lasting harm to either combatant. Several Sidereal sifus have expressed interest in the new application of the style, while others decry the “corruption” of the true goals of the art.

Adamant Rhythm Guardian is a Joybringer in the truest sense—a Sidereal who wants to end suffering and make everyone happy. He is often put on assignments that require grace and subtlety due to his proclivity for remaining in the background. Some Sidereals have professed jealousy at his skill with human interaction, including a preternatural skill with music and dance. Guardian typically maneuvers the targets of his assignments into proper courses of action with well-timed musical interludes and the rare personal nudge.

Guardian is a member of the Gold Faction, though he genuinely believes that the factions need to put aside their differences and work together for the betterment of everyone. He also believes firmly that his own faction is correct, and that people would be happiest with a return to Solar rule. 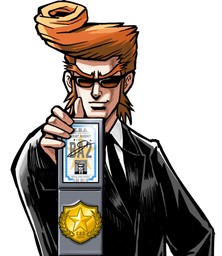