A morbid Sidereal with an affinity for the Underworld

Black Ice Shadow is a young man of medium height with pale skin and short, spiky black hair. He dresses in black leather, a starmetal breastplate, a purple scarf and tattered purple cloak, with twin short daiklaves belted at his hips. Shadow often pulls the scarf over his mouth and nose. Though the effect is rather sinister, he usually does this to avoid inhaling small insects or ash.

The venerable Akiva Dulanga, Chosen of Saturn and chair of the Convention on Deathlords, forecast that her Exaltation would soon pass to a young man of Ghost-Blooded parentage, whom the Bureau of Destiny would name Black Ice Shadow. Her Convention devised a daring plan to train her replacement as the Viziers’ special agent in the shadowlands and the Underworld beyond. The Sidereals abducted Black Ice Shadow soon after his birth, and small gods of death and decay raised him in an Abyssal manse within a shadowland.

Sure enough, Shadow Exalted with an unusual affinity for the necrotic power of the Underworld. He even managed to initiate himself into necromancy. Then, the Mask of Winters conquered Thorns and revealed the existence of deathknights… who seemed very much like what the Bureau hoped Black Ice Shadow would become.

Suspicion fell on the young Reckoner and everyone connected to the project. Had the Deathlords somehow fooled the Bureau of Destiny into creating a traitor to Creation? The Division of Endings’s director Wayang took responsibility for Black Ice Shadow. The young Exalt now acts as a special assistant to the God of Silence while he continues his training. 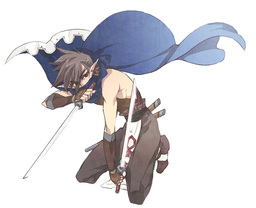