Perhaps his greatest weakness is

Edit: Crepes. His weakness is crepes. 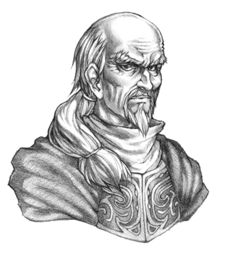