The Shadow of All Things

The Ebon Dragon is the negation of all that is good, right and just in the world. He exists as a negative image of righteousness, a void where virtue should be. Every time a human feels the dark urges to kill, to rape, to steal, to lie, to simply be petty and cruel without cause—that is the voice of the Ebon Dragon, whispering to them from Malfeas.

It has been said that the Ebon Dragon whispered in the ears of the Holy Tyrant himself to convince him to create the Unconquered Sun, for only a light as bright and pure as Sol Invictus could cast a shadow as terrible and unholy as the Ebon Dragon, thereby making him real.

The Ebon Dragon is said to be marrying soon, though none can say who the bride might be….

Edit: Also the writer and publisher of several totally inaccurate and nosy comics, and needs to mind his own business.

Edit: totally accurate in every respect
not my fault if you disagree with the contents
and who are they going to believe? me or you? 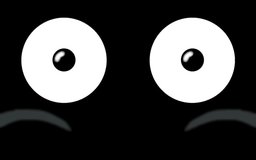