No one knows what lurks beneath the Iron Sentinel’s corroded, rusted armor. His unstoppable charges speak volumes louder than words ever could.

The Iron Sentinel is a Chosen of Isidoros, the Black Boar That Twists the Skies, a member of the Juggernaut Caste. As far as anyone knows, he might be the only member of that caste, since the vast majority of Infernals are members of the five common castes. The Iron Sentinel is a trouble-shooter, sent into situations where overwhelming force is seen as a solution. His one excursion against the heroes ended badly, with him being time-displaced by a martial arts attack from Verdigris Symphony. 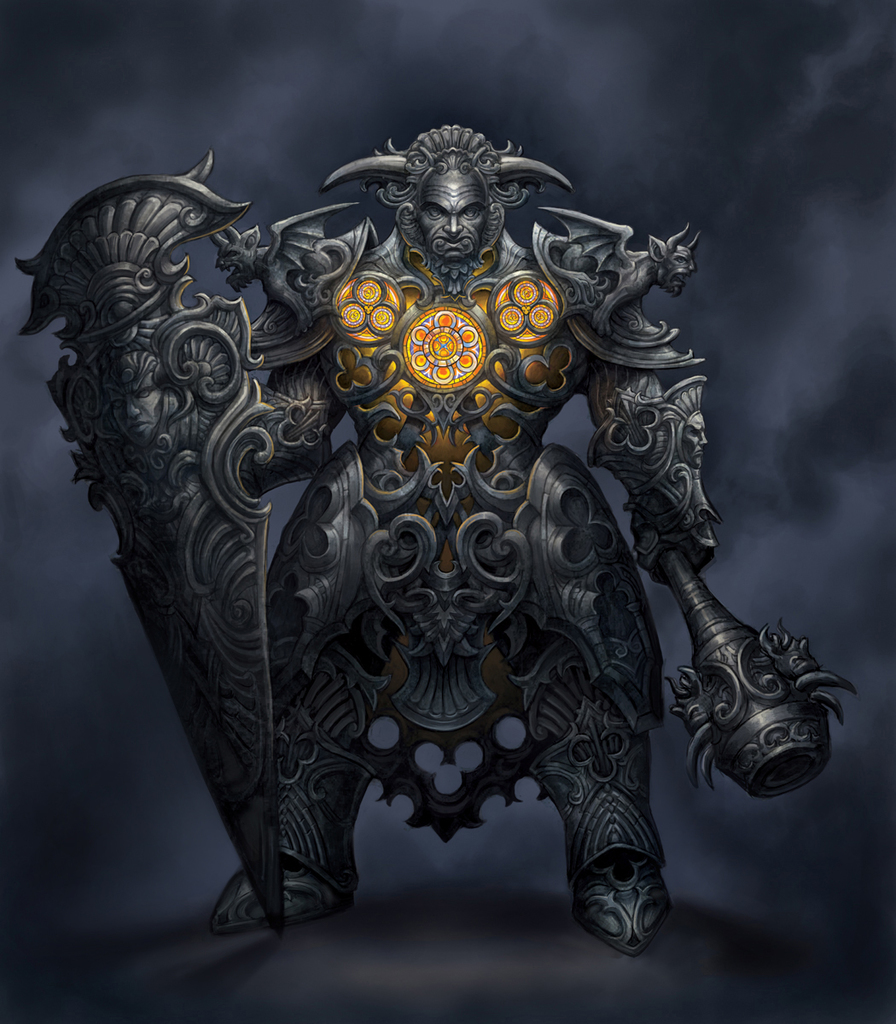