Ledaal Makara is a talented duelist, focusing on wearing down his opponent through impenetrable defenses until an opening presents itself—then striking with lightning speed. The most martially inclined member of his shikari-circle other than Peleps Deled, Makara fights not out of hatred but from a desire to perfect his innate skills.

Though House Ledaal is primarily known for its savants, sorcerers, and strategists, it does not suppress its scions from seeking perfection in other ways. Makara is a young duelist, a prodigy with the daiklave in the same way that some of his cousins are prodigies with Gateway or with music. In order to hone his skills in battle, the young Dragon-Blood chose to spend a personal holiday with the Wyld Hunt. In a year or two, he had hoped to return home to his wife and children with enough glory and honor to have all of them moved to a better-appointed portion of the family estates.

Unfortunately, the Anathema he went up against were Red Lion’s Solar circle.

Humiliated in their first battle against the demons, the Wyld Hunt regrouped and returned for another chance. The second attempt went little better than the first, and the shikari in Makara’s group were all captured. After a lengthy conversation with the Solars, Makara has come to realize that the old ways will only doom his nation—and his family. Though his marriage was an arranged one, he does feel a sense of duty toward his wife and his two young children. If allying with the Solars increases their chances of survival, he will gladly do so. 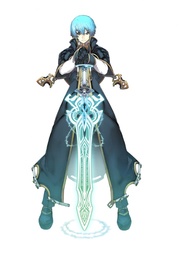