Leviathan is rarely seen in his human form, a man of late teenaged years with a sailor’s tan and sad, lonely eyes. He is much more commonly found in his behemoth whale form, in which he is an orca nearly a hundred feet in length.

As one of the legendary Lunar elders, a survivor of the First Age, Leviathan is unarguably one of the most powerful once-mortal beings in Creation. He is also suffering from a millennia-old case of heartbreak, guilt and self-loathing that would have long since driven a lesser being to suicide. Instead, he has simply relegated himself to a self-imposed exile in the Western oceans, rarely leaving his behemoth form—that of a mile-long orca.

During the First Age, Leviathan was an admiral of the Western fleets, serving with his Solar mate, Grand Admiral Kendik Arkady. Arkady had been devastated by the loss of his mate’s previous incarnation, eventually marrying the Solar queen of Luthe, Amyana. When Leviathan joined the Western fleet, he became Arkady’s right-hand man. He also became infatuated with Queen Amyana, and the two of them started an affair behind Arkady’s back. When the Usurpation came, Leviathan only had a split-second to choose between his mate, who he could sense was in danger, or Amyana, who he loved. Acting against all of his own instincts, he abandoned Arkady to his fate and swam to Luthe to save Amyana. He was just in time to watch her die in his arms.

After her death, Leviathan went mad with grief and rage. He slaughtered all of the remaining Dragon-Blooded in the city, destroyed the city’s infrastructure, and sank the whole thing beneath the waves before abandoning his mighty moonsilver trident, Islebreaker, on the throne of Luthe. For centuries afterward, he lost himself in his animal form, barely registering a conscious thought for years on end.

Some vestigial instinct drove Leviathan to revisit the ruins of Luthe some time around the Great Contagion. He was shocked to discover people still living in the sunken city, surviving against all odds. He wrestled with his conscience for a time, but finally chose to intervene in the lives of the remaining Luthans, giving them a better chance to survive. Leviathan chose two Lunar acolytes, Swimmer in Shadows and Sage of the Depths, and commanded them to go among the Luthans to spread “the gift of the gods” among them. This involved interbreeding with the Luthan humans, slowly changing over the population to shark and squid beastmen, along with a small population of pelagothrope mutants. A few humans refused the gift for cultural reasons, leading to a renewed hatred between the two ethnic groups of Luthan society.

Despite their religious observance of his rare appearances outside the city, Leviathan refused to ever communicate commandments or laws to “his people,” preferring to intervene as little as possible. His two acolytes continued to meddle with Luthan affairs, aiding the inhabitants with technology and rebuilding as well as guiding their social policies toward a form of socialism.

After being confronted by a party of incensed Solars, Leviathan reconsidered his stance of perfect isolationism and permitted Luthe to rise from the ocean and rejoin the surface world. 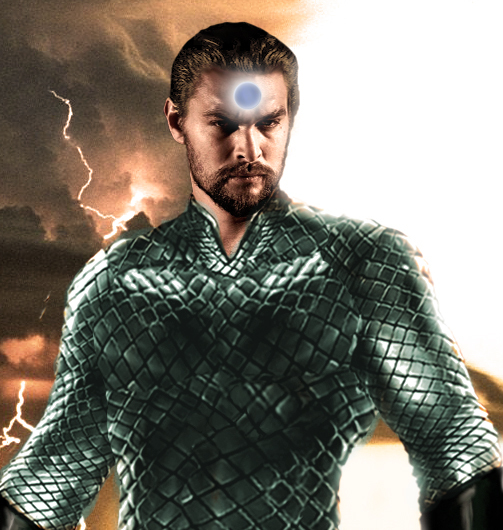