Ma-Ha-Suchi was handsome once, they say. Now, he spends all of his time in his deadly beastman form, a hideous amalgamation of goat, wolf, and man. His hunched posture disguises a form nearly eight feet tall and made entirely of muscle, sinew, and hate.

Ma-Ha-Suchi was a celebrity in the First Age. Handsome, eloquent and charming, he claimed to have no higher ambition than sleeping his way through all 700 celestial Exaltations, which he interspersed with dalliances with Dragon-Blooded, spirits, gods, mortals, and fae. All that ended with the Usurpation. Ma-Ha-Suchi was able to rescue a few young Lunars, including Raksi, and fled to the edges of Creation, where the magic of the Sidereals could not discover them.

A couple of millennia of hardship later, Ma-Ha-Suchi has become something just short of a chimera, a hideous goat-wolf hybrid who never leaves his deadly beastman form. He is both father and king of a nation of beastmen, dedicated to razing the civilized world to the ground and subjecting it to his own vision for the future.

Edit: Was apparently named something like “Wolf with a bouquet of roses” back in the First Age. Reportedly taught a ‘newbie’ solar a lesson a couple months back – which clearly means that Red Lion now has to fight him cause that makes him a worthy opponent. 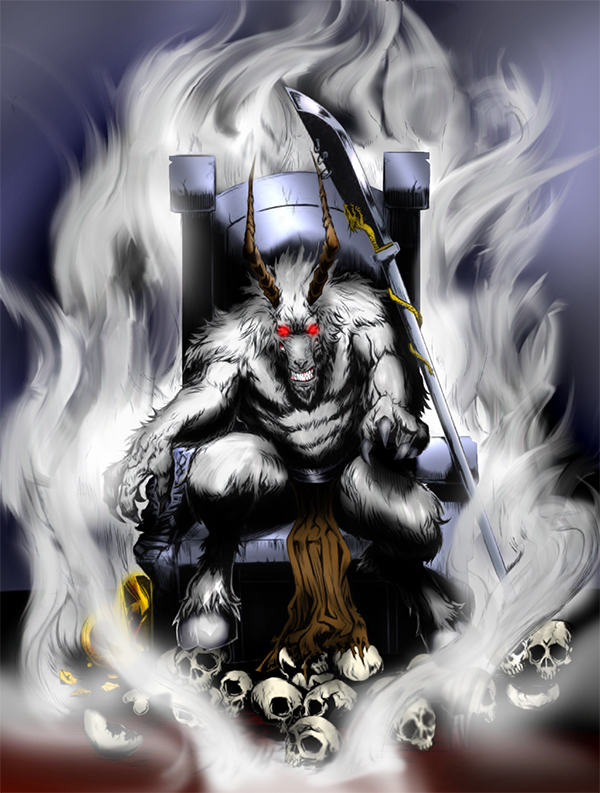