Nalla grew up in a potter’s household in civilized Whitewall. Idealistic and aggressive, he fit poorly into his home city’s constricted, humorless mold. After spending a year among the icewalkers, young Nalla joined Whitewall’s guardians. He then spent a decade hunting monsters that ventured too close to the city. He Exalted while hunting a Winter Folk noble that had infiltrated Whitewall to stalk and kill its people in the night.

Nalla’s new life is bloody and harsh. While he admires the courage and self-reliance of the icewalkers, he never liked their casual cruelty to other folk. Ten years as a guardian of Whitewall taught him fully to despise the brutality and bloodlust of Northern raiders. Nalla joined Yurgen Kaneko in part because he saw the Bull as championing the admirable aspects of icewalker culture, while curbing and civilizing the icewalkers in other ways.

After aiding the Bull in his battle with the northern Linowan and comporting himself with glory at the Battle of Futile Blood, Nalla officially joined the Bull’s service. He is one of the loudest voices among the Bull’s lieutenants for civilizing the icewalkers and solidifying the empire. As part of his personal efforts, he has taken the throne of the subject nation of Karn and is rapidly putting into effect his own policies to prove their worth. 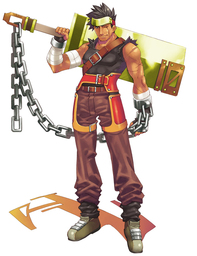