A priestess of the Endless Desert, for whom belief is a wasteland

Sulumor is a beautiful, albino-pale woman with long white hair and red eyes. Her features seem Southern except for her unnatural coloration, and she typically wears a modified version of a First Age sun priestess’ habit.

The woman called Sulumor holds the title “the Wan Stavrophore,” an indication of some sort of holy rank within the Malfean hierarchy. She dresses in a red leather version of a First Age sun priestess’ holy garb.

She claims to have once been a member of the Dune People, a tribe cursed in the First Age to burn in the light of the sun. After being cast out from civilization, they journeyed deep into the Southern wastes and became a nocturnal tribe of raiders, scavengers, and cannibals. Sulumor was meant to have been a priestess of her tribe, but the gods of her people rejected her, sensing a dark pall on her destiny. Sulumor would have died as an outcast among outcasts had she not been chosen by Cecelyne.

Sulumor believes in nothing but power now—the power to protect herself, the power to dominate others, and the power to demand those things that were denied her. While she seems to have some affection for Red Lion, that affection expresses itself as a desire to break his spirit and see him humbled.

Edit: Quotes
Sulumor: MY BODY IS A ROADMAP OF PAIN
Red Lion: WOW, you’ve been everywhere! 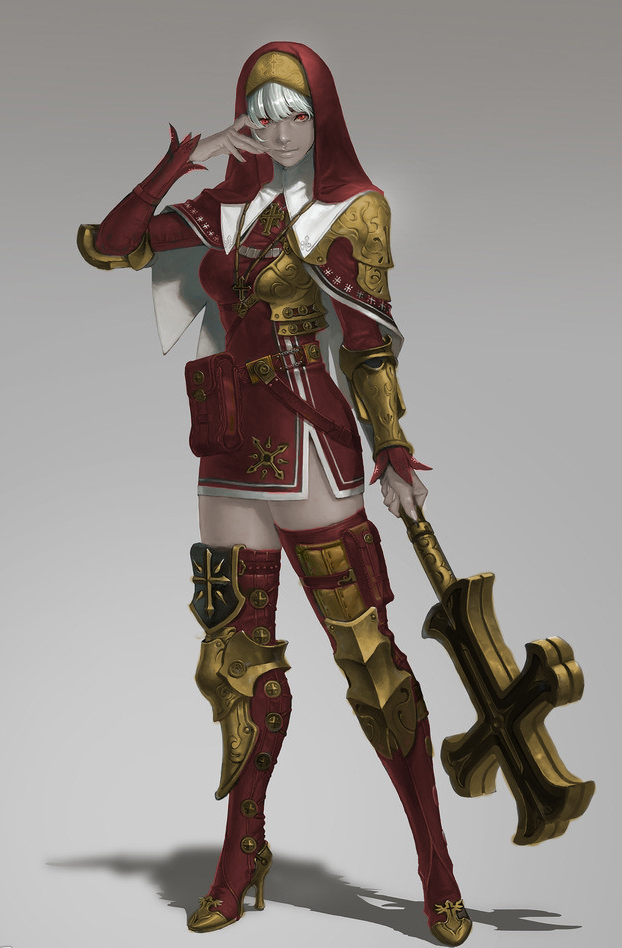