The Roseblack, general of the Vermilion Legion

Tepet Ejava is a tall, attractive woman, less classically beautiful and more intensely charismatic on top of being athletic and highly fit. She is rarely found in the field without her suit of superheavy green jade plate armor—and these days she is rarely found anywhere except the field. Like her illustrious ancestor, the Scarlet Empress, Ejava has bright red hair and deep green eyes. Flowers tend to bloom anywhere she lingers too long, a sign of her rarefied breeding, but almost all of them are black roses, thus her nickname.

The granddaughter of the legendary general Tepet Arada, Ejava was conceived of two high-ranking officers serving on the front lines of one of the Realm’s campaigns. Her mother refused to surrender command just because of the inconvenience of nursing an infant while on maneuvers, and clever smiths jury-rigged Tepet Ellora’s breastplate to accommodate a tiny suckling infant. Being birthed on the battlefield was only the beginning of a long and illustrious military career for the woman who would later be dubbed “the Roseblack.”

Ejava’s most famous success was the Battle of Tamrin Plain, the tactics of which are still taught at the House of Bells. Initially assigned to assist a Nellens ranching concern against bandits in the Northern Threshold, the Roseblack suddenly found herself vastly outnumbered and caught between 500 beastmen led by a powerful Lunar Anathema on one side and an equivalent force of Fair Folk hobgoblins on the other. In a brilliant tactical display, Ejava managed to divert the beastmen force into the ranks of the hobgoblins, forcing them to fight one another. The Lunar escaped, but his minions were wiped out, as were the Fair Folk forces and the bandits.

While the Tepet legions were no more, other opportunities remained, but the Roseblack realized that if such opportunities were to be realized, she would need a force she could mold to her own needs without having to answer to some superior officer likely to be her inferior in acumen. Although she received offers to join the command staffs of many of the Realm’s leading generals, Ejava spurned them all for the one position attainable that would give her total control over an entire legion. Unfortunately, it was the Red-Piss Legion, and Ejava’s family was mortified when she accepted command over it. But Ejava saw a value in the Vermilion Legion that others did not: total loyalty.

It has taken her years of persistent training and drilling (and the quiet removal of those officers who were incompetent rather than simply bull-headed), but today, the Vermilion is a crack fighting force whose degenerate reputation is a mask for its brutal efficiency and its dedication to the first truly great commander it has ever had. 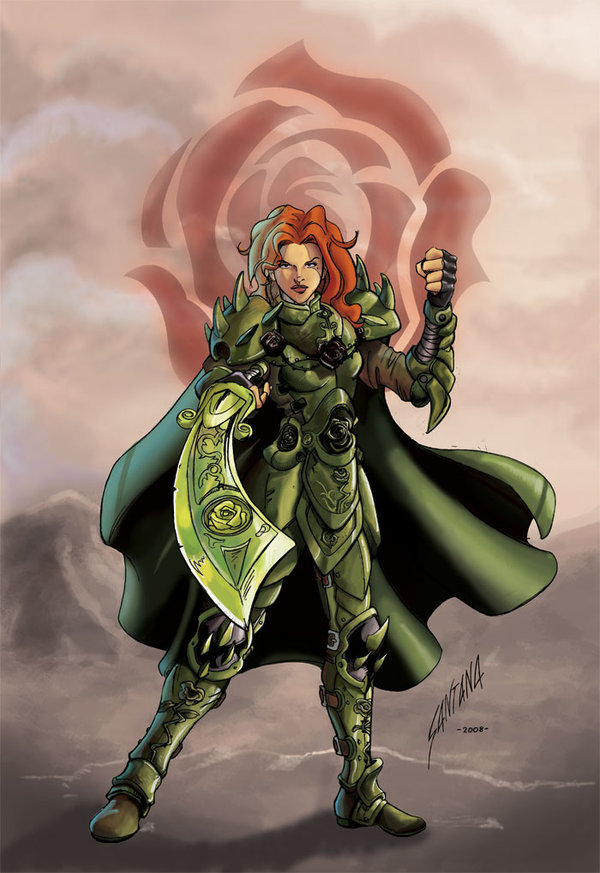