A young Dragon-Blooded sorceress with a high pedigree

V’neef Caorin is a graduate of the Heptagram, the Dragon-Blooded school of sorcery, as well as a talented wielder of the green jade polearm called Grasscutter. She has much of the beauty and grace of her grandmother, something that few people who know her bloodline can help but mention.

V’neef Caorin has an exceptionally pure bloodline. Both of her parents were Exalted, and of her six siblings, four have Exalted while the other two are too young to tell so far. As a member of the youngest Great House of the Realm, Caorin has both a noble lineage and a high standard to meet. Caorin graduated from the Heptagram only four years ago, and has spent the time since maintaining her family’s interests in the Southern shipping fleet.

A few months ago, Caorin’s fleet was repurposed by order of the Regent to assist in Western operations of the Wyld Hunt. Caorin suspects that one of her house’s many enemies arranged to have the fleet reassigned in order to weaken V’neef’s Southern holdings rather than offer any real aid to the Wyld Hunt. Though not technically a shikari herself, Caorin came along with the fleet to protect her family’s investment.

In a short time, Caorin has become close friends with Ledaal Makara and Ragara Setod, though she still isn’t sure about Cathak Juo Chen. She and the others are at least united in their dislike of Peleps Deled, the nominal captain of the Wyld Hunt’s expeditionary force.

With the destruction of the V’neef merchant fleet, Caorin has joined the Wyld Hunt fully in order to shield her family from the shame of her defeat. She is constantly on the watch for ways to repair the damage done to her family by the Anathema, and she harbors a deep-seated grudge against the ones that ruined her reputation and standing. 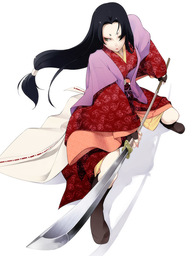