God of the Chayan people, eldest and most powerful of the radiolari

Xochichem is the national god of Chaya, head of the pantheon of deities known as the radiolari. Xochichem dwells in the blue-marble Shrine of the First Fire Tree, where he is attended by an order of Chayan monks known as auditors. Unknown to most people, the radiolari—including Xochichem—are not actually gods at all, but a form of artificial being from the First Age similar to an animating intelligence. The radiolari were the result of an experiment by a Solar sorcerer called Bright Shattered Ice to regulate extremes of behavior and mood, released into the wild during the Usurpation. The radiolari are symbiotically linked with the Chayan people and give their lives order, discipline, and direction, while damping their passions and extremes of temper.

Xochichem is officially the god of the Chayan Province Region, a position granted to him through the Bureau of Nature, though he also reports to the Bureau of Humanity as the de facto god of Chaya. He dreads the possibility of a Celestial Audit, as that would reveal his true nature and that his current position as “god of Chaya” is a technical inaccuracy. Xochichem is both far more powerful and far weaker than an average nation-god, as he has the ability to influence all Chayans in subtle but powerful ways (an ability far beyond that of most city fathers or country mothers) but cannot perform many of the wide-ranging environmental or territorial powers associated with nation gods. 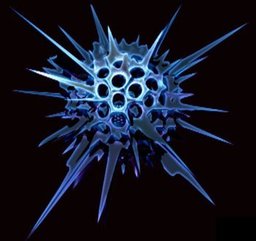