Son of a Nexus crime boss, now an Infernal Exalt

Yervant is a muscular young man whose apparent age is a few years older than his real sixteen years. His blonde hair is naturally stiff and spiky, and his amber eyes are hard and suspicious.

My name is a fucking Power Metal Chord

Yervant Izmirlan is the son of the gang boss Arven Izmirlan, a man that Snapdragon slaughtered three years ago—right in front of Yervant’s eyes. After his father was killed, he was taken as a catamite by the Grey Kraken, but that gang lord’s death at the hands of Gideon Caldaret left his fortune up for grabs. Once he gained his freedom, Yervant consolidated his funds and tracked down a killer so powerful that many doubt he even exists, the Solar assassin called Havesh the Vanisher. All of the money he could lay his hands on was repurposed for a single cause: the death of Snapdragon.

When he finally hunted down his nemesis and faced her, Yervant showed that he lacked a killer’s instincts and chose to spare Snapdragon instead when she offered to turn herself over to him. At the moment of his greatest indecision and doubt, Yervant was dragged into Malfeas and underwent a terrible transformation into a new kind of Yozi-tainted Exalted known as an Infernal.

Despite being suborned by the Yozis, Yervant seems to have genuinely forgiven Snapdragon and embraced his new “family,” the circle of Infernals containing Amon, Cyan, Butcher Kailynn, and Sulumor. Yervant’s loyalties have been divided since becoming an Infernal, coming to a head when Red Lion’s circle clashed with his during the Counting House Arc. Yervant’s punishment for his betrayal of his circle is unknown, but his implication is that it was unpleasant.

Yervant recently admitted his romantic feelings for Snapdragon, though he has also indicated that he’s unwilling to share her with Red Lion, who he resents for reasons as yet undisclosed. 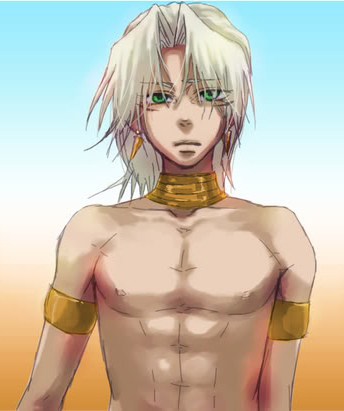