City father of Delsinar, ancestor of the line of Sun Kings

Yuchu Zhen is the city father of the city-state of Delsinar. According to popular legend, he is the grandson of the Unconquered Sun, and the progenitor of the line of god-kings of Delsinar. Because of this divine lineage, the rulers of Delsinar traditionally hold the title of “Sun King.” Yuchu Zhen has largely kept himself absent from the eyes of his people, though whether this is out of genuine desire for them to live their own lives or out of fear of being seen to be in violation of the Mandate of Heaven is unknown. 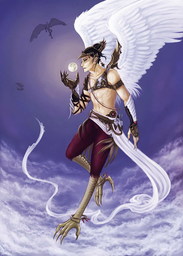